THE ART OF WOUTER TULP

This book is divided into three categories: Character: designs that are closest to the work I do for movies, Caricatures; A way for me to draw portraits in a way that gives me freedom to move away from the academic approach, which is just one way of painting a portrait, and explorations: my personal work trying out new directions and techniques. I hope the work in this book will inspire you and I hope it will help you find your own way of expressing yourself 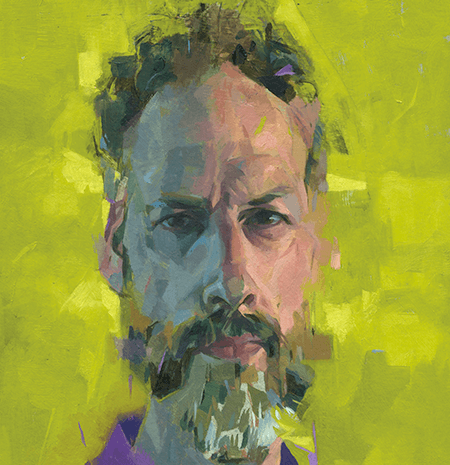 Wouter Tulp is a freelance character designer working in the Netherlands.

This variety of work helped him shape his craft, that eventually led him to become a versatile character designer for the animation industry.

Besides his work for features, he teaches character design and painting at www.schoolism.com at the age of sixteen, one of my teachers caught me drawing a caricature on my diary.

Instead of getting angry, he forced me to participate in a national drawing competition.

I made that drawing on the computer, working directly with the mouse.

My parents jokingly said that if I won, they would buy me a computer of my own with a graphics tablet.

I accepted the challenge and I won the first national award, and that was the moment that gave way to all this.

When I arrived at Nemo Academy in 2014 I didn’t know anything about drawing, but I had a great desire in me to put myself to test and improve day by day, a feeling that has never left me.”