All I’ve ever wanted was to tell stories. Through tales I understand more about myself. They also make me understand what character I want to be in my life. I think “Drawing” implies observing the world. I take in the places I visited and the people I met and they become part of my works. In this book I’d like to tell you about my life through a crazy ghost story. Three characters bound by a promise will begin a journey into the past, in search of lost treasures and forgotten memories. 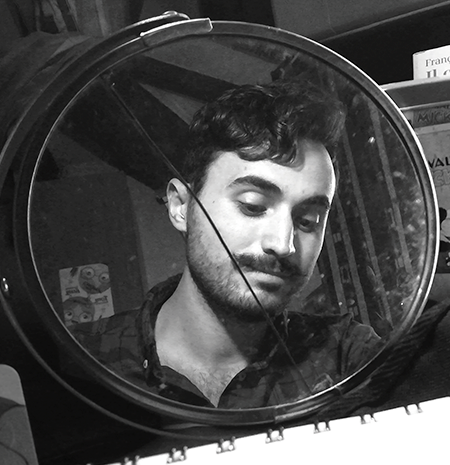 Domenico Russo is an illustrator specialized in visual development and environment design.

He attended the animation course at Nemo Academy in Florence, studying everything about the creative process of an animated film.

From the script to the storyboard, from the Layout to the Compositing.

He graduated with top marks in June 2017, winning a scholarship that took him to Los Angeles (California), where he attended the “Stephen Silver Drawing Academy” deepening the study of Character Design.

After several works for small independent productions (such as Storyboard Artist, 2D Animator & Layout Artist), he continues to focus on Visual Development by constantly challenging himself with new projects.

“I remember the exact moment when the animation switch went off in my head.”

I was nine years old. One day at school, during a computer science course they showed us a program called “Power Point”, mainly used to create slide presentations.

In particular, they showed me how to “move a text” or “make it appear out of nothing”, with specific effects. That’s exactly when something was triggered in my head. Back home, I used those same effects on drawings made on “MS Paint”.

In the following years I continued to write stories, invent worlds and characters during my math terms.

At the age of sixteen, one of my teachers caught me drawing a caricature on my diary.

Instead of getting angry, he forced me to participate in a national drawing competition.

I made that drawing on the computer, working directly with the mouse.

My parents jokingly said that if I won, they would buy me a computer of my own with a graphics tablet.

I accepted the challenge and I won the first national award, and that was the moment that gave way to all this. When I arrived at Nemo Academy in 2014 I didn’t know anything about drawing, but I had a great desire in me to put myself to test and improve day by day, a feeling that has never left me.”