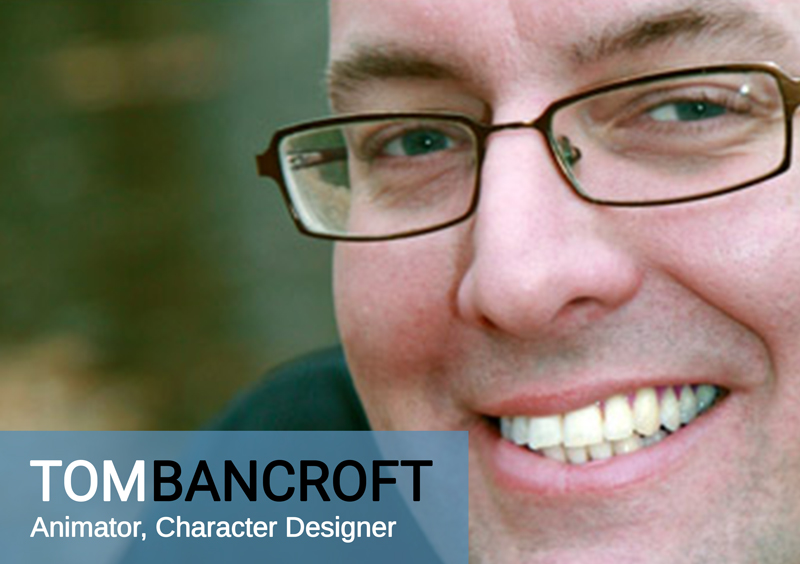 Tom Bancroft has almost 25 years of experience in the animation industry, most of which was for Walt Disney Feature animation where he was an animator for 11 years.  He has been nominated for Annie and Reuben division awards, spoken at the Kennedy Center and awarded an entry into the Chicago Children’s Film Festival.
While at Disney, Bancroft had the opportunity to contribute animation on 10 animated feature films, 5 animated shorts, and numerous special projects and commercials.  Some of the classic films include, “Beauty and the Beast”, “The Lion King”, “Aladdin”, “Mulan”, and “Brother Bear”.  He was also a character designer and director for Big Idea Productions makers of the family-friendly “Veggietales” video series.

In 2005, Bancroft had his popular art instruction book, “Creating Characters with Personality” published by Watson-Guptill Publishers. It has become the most recognized book on designing characters for animation, video games, comic books, and cartooning and is a required textbook at many art schools around the world.  Focal Press recently published his second book, “Character Mentor” and it is already one of their best-selling art instruction books.

Bancroft co-founded Funnypages Productions, LLC and ran it for eight years.  Throughout that time and now, he has provided direction, art direction, illustration, character design and animation development for clients like Disney Feature films, Disney Licensing, DC comics, Marvel Licensing, Big Idea Productions, Warner Brothers, CBN, Scholastic, Lego International, DeNa Studios, and Pocketgems.  He has also illustrated over 50 children’s books. Recently, he provided character art and art direction to help launch the popular kid’s educational website ABCMouse.com as well as provided character designs and animation direction for the SUPERBOOK TVseries for CBN.  Bancroft and his family reside in Franklin, Tennessee. You can see a gallery of some of Bancroft’s work at http://tombancroft.designbinder.com/