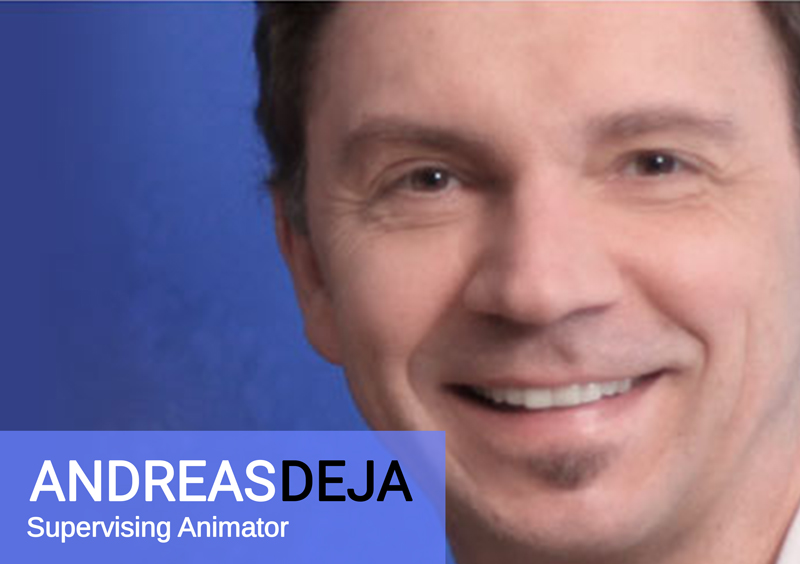 Andreas Deja first applied for a job as a Disney animator at the age of 10. Born in Poland and raised in Germany, he remembers writing to the studio immediately after seeing “The Jungle Book.” “I’d never seen a Disney feature before,” he recalls “It was one of those key experiences because I just couldn’t believe what I’d seen. All those drawings moving, thinking and acting so real.”
The Studio wrote back to Deja explaining that there were no openings but they were always on the look-out for new talent. This offered him the encouragement he needed and the motivation to work hard towards that goal. At the age of 20, after completing his studies, he applied again and this time he was accepted.
Working with Eric Larson, one of Disney’s legendary “nine old men,” Deja completed several tests and went on to do early character design, costume research and animation for “The Black Cauldron.” His next assignment was on “The Great Mouse Detective,” for which he animated the mouse queen and her robotic twin. Dejahelped design many of the characters for “Oliver & Company” and did some animation before spending a year in London as a lead animator on “Who Framed Roger Rabbit,” under the direction of Richard Williams.

On “The Little Mermaid,” Deja oversaw the animation of Triton, a powerful figure that required expert skills in draftsmanship and acting ability. For Disney’s Academy Award-winning animated musical “Beauty and the Beast,” he served as the supervising animator for the first of his many Disney villains, the very pompous and narrow-minded Gaston.

Deja continued to explore his darker side by designing and animating the evil vizier, Jafar for Disney’s animated-musical hit, “Aladdin” (1992). He went on to supervise the animation of the power-hungry villain, Scar, in “The Lion King,” which has become not only The Walt Disney Studios’ most successful film, but quickly earned a place as one of the industry’s biggest films of all time.
For his next assignment, Deja relocated to Disney’s Paris animation facility for a stint overseeing the animation of Mickey Mouse in “Runaway Brain,” the Studio’s first new Mickey short since 1953 and an Oscar nominee in 1996 for Best Animated Short. Following that, he returned to Burbank, where he took on the challenging assignment of bringing life and personality to the title hero in Disney’s 35th full-length animated feature, “Hercules.” He went on to design and supervise the animation for the charming and unpredictable little Hawaiian girl, Lilo, in “Lilo & Stitch,” which has been hailed as one of the Studio’s most entertaining and imaginative features.
Deja contributed animation for several characters in Disney’s live action/animated musical “Enchanted,” and served as one of the supervising animators on Goofy’s big-screen return in the short film, “How to Hook Up Your Home Theatre.” He was a supervising animator on Disney’s hand-drawn animated feature, “The Princess and the Frog”, released in 2009. Deja supervised the animation of Tigger for a new Winnie the Pooh feature, which was released theatricaly in 2011. In 2007, he was honored with the Winsor McKay Award from ASIFA (the International Animated Film Association).
At present time Andreas Deja is working on his own independent animated short films.